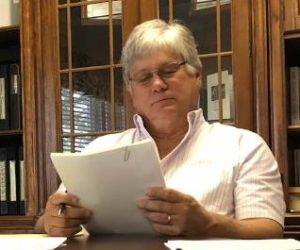 After graduation from Central Michigan in 1978, Bob began his accounting career as a staff accountant with a large regional firm in Saginaw, Michigan. In 1980, he relocated to Delaware and took a position as controller with a manufacturing company in Milton, DE. During the next five years, Bob installed an accounting system, pension plan and a job-costing system for the manufacturing segment of the business. This experience provided Bob with a true appreciation of the information business owners need from their accounting systems to make sound business decisions and also gave Bob a unique perspective that many CPA’s do not have.

In 1985, he returned to public accounting, became a CPA and was the Tax Manager at a large CPA firm in Georgetown. In 1989, he decided to start a firm and opened an office in Milford. In 1996, Bob started Starkey & Company, PA initially working from home and then opening an office on North Walnut Street. The firm now has seven dedicated, professional staff and is serving the needs of business and individual clients in Delaware and many other parts of the country.

Success is not measured by reaching a destination, but by the quality of the journey you take as you move forward towards achieving your goals.

Fill out my online form.